When I have been to the 35c3 in Leipzig I saw a pretty firefox addon that became very handy when we wanted to share the URL to a freshly created pad. It was FxQRL a Firefox add-on that turns your URLs into QR code images without the need of a network connection. Everyone of us could then scan this code with our mobile phones, and we were done.

Qutebrowser is a browser based (by default) on QTWebEngine, and is very easily extendable via userscripts. To get me the same functionality as the FxQRL addon of Firefox has, I just need to call such a userscript, and to make it even easier bind that call to a key I dont need otherwise. I did that with this command:

That will call a userscript named 'link2qr' everytime I press 'q.' The only thing that was left to do was creating that userscript. Qutebrowser is very relaxed, in what it calls a userscript. It just has to be executable and live in the directory reserved for those scripts. So my script just looks like this:

In this script two tools are used: 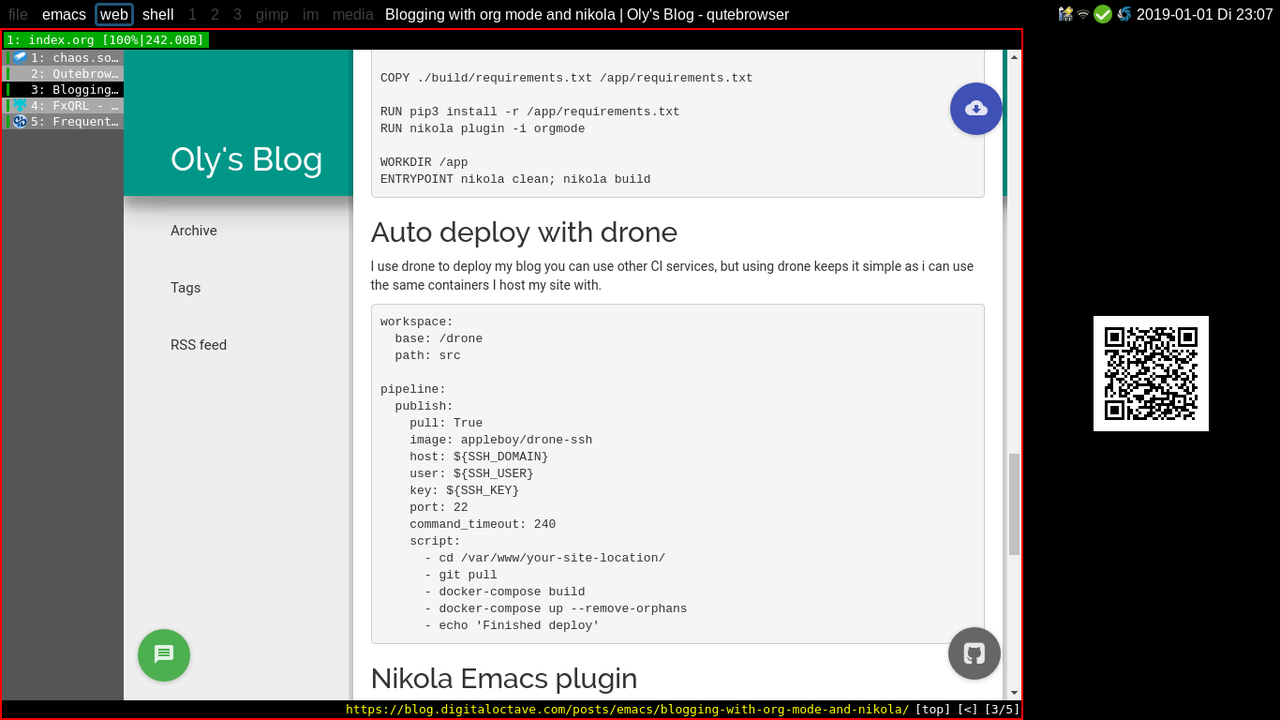 So now I have the same functionality in my browser, without relying on code that someone else has written.

I like it, when I see the intentions of a code author, and i like to see it written down in remark lines. Why didn't someone do that with the world. It would be far easier to understand. So I started to document my world wherever I see the need to do so. In text. With Emacs Org mode. I want to share this world with you.